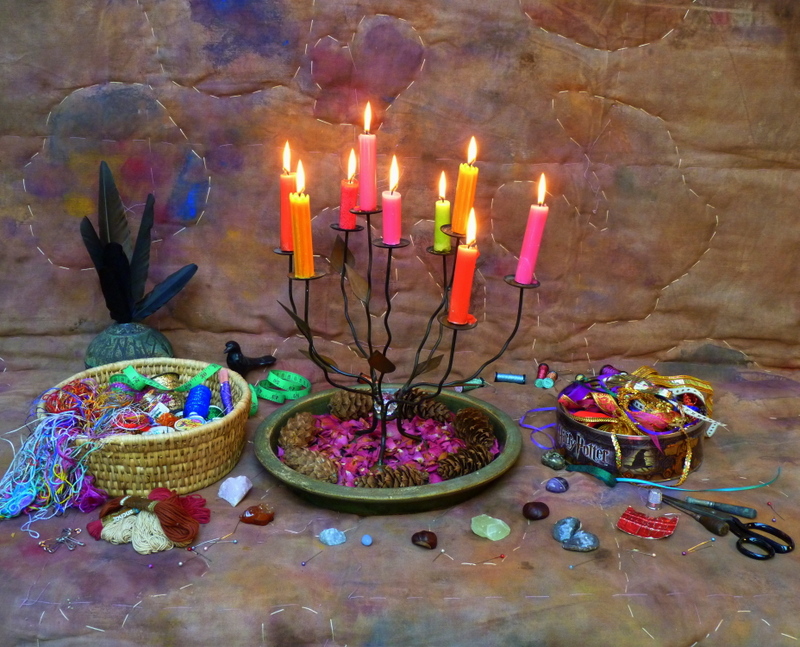 This altar is dedicated to inspiration and the creative process.


Imbolg is the ancient Celtic fire festival predating Candlemas, observed on 1st - 2nd February in honour of the Goddess Brighde . It marks the central point between the Winter Solstice and Spring Equinox.

The days are now becoming visibly longer and energy is mounting as we approach Spring,the time of reawakening.

Brighde is the patron of poetry,healing,smithcraft and motherhood and is associated with wells and streams. 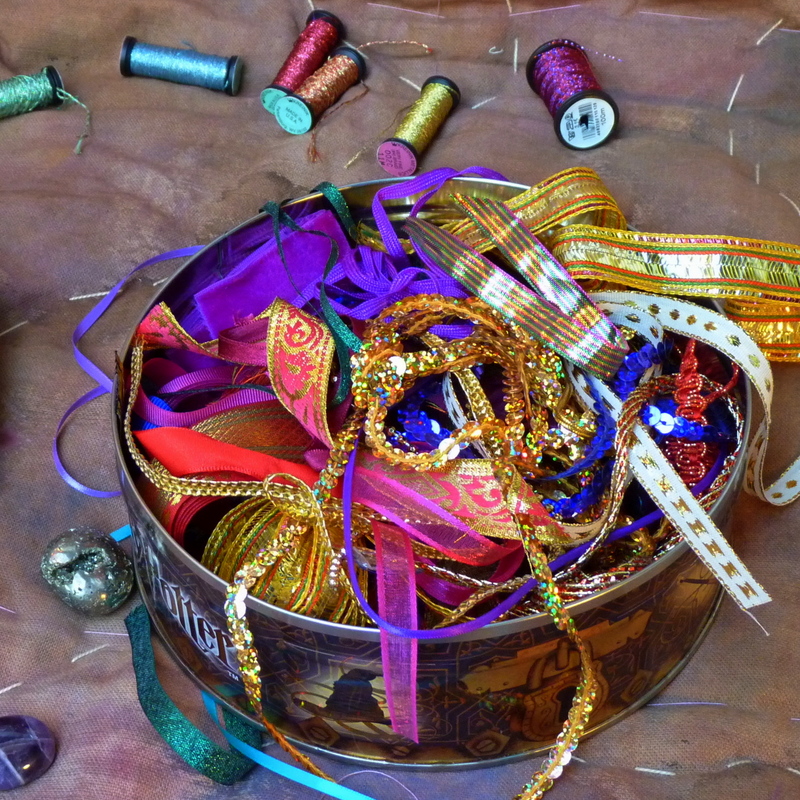 Myths are clues to the spiritual potentialities of human life  -  Joseph Campbell. 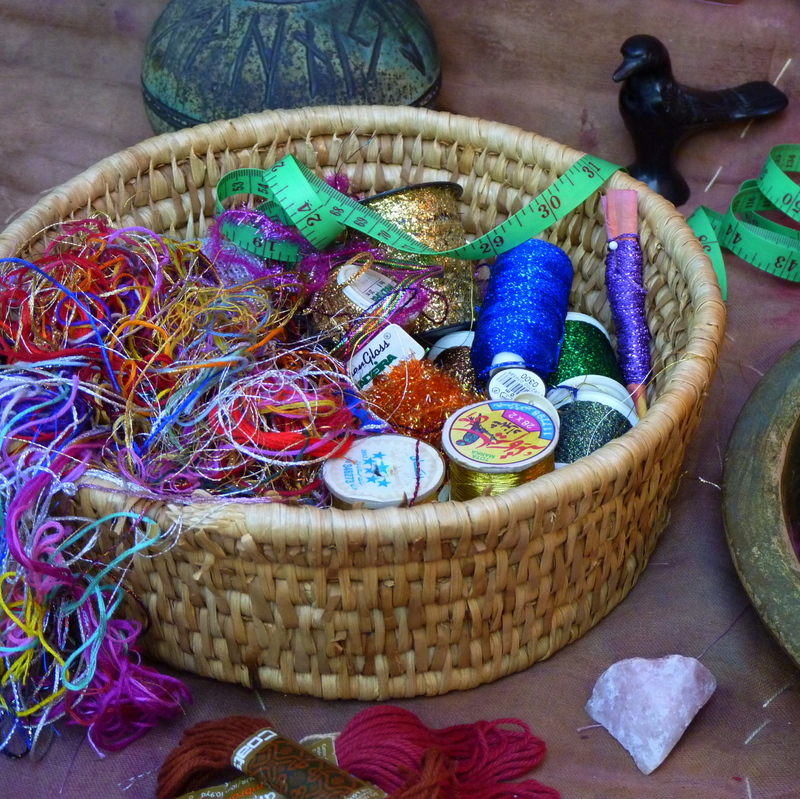 The altar cloth is an unfinished wall hanging,begun more than a decade ago, titled  "This Quilt is Three Thousand Years Old". As I've said in a previous post,the idea sprang from a dream in which my grandmother handed me a tattered 3000 year old quilt which looked as though it had just emerged from an Egyptian tomb.

It's probably now time to complete the project! 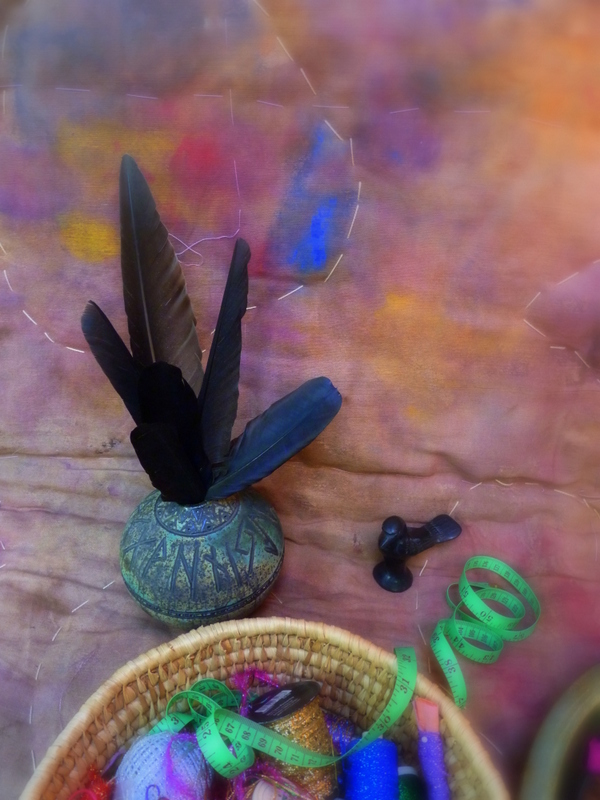 Feathers -  gifted by a family of crows who visit our garden. The youngest family member has been eating here daily since it left the nest in early Summer. 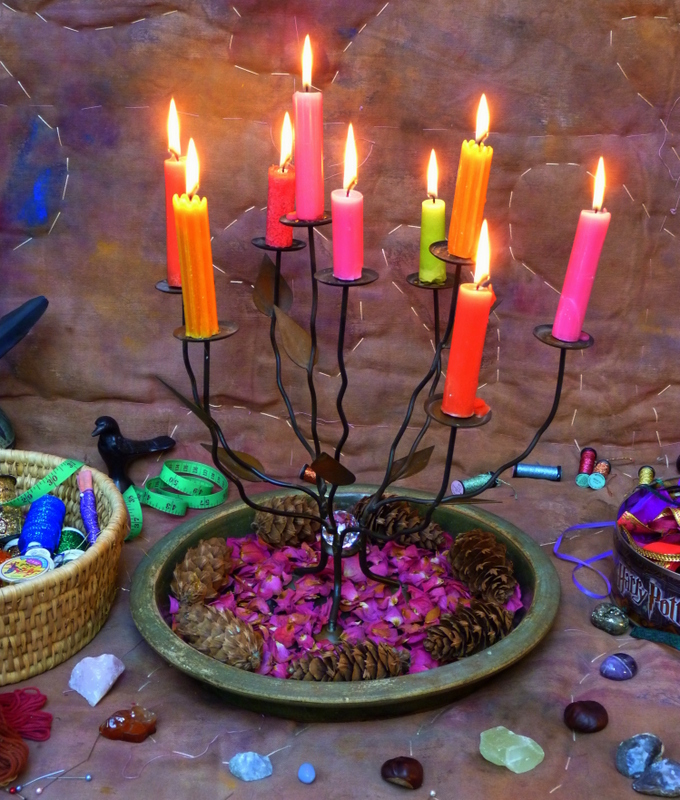 Everything on the altar "asks" to be there. 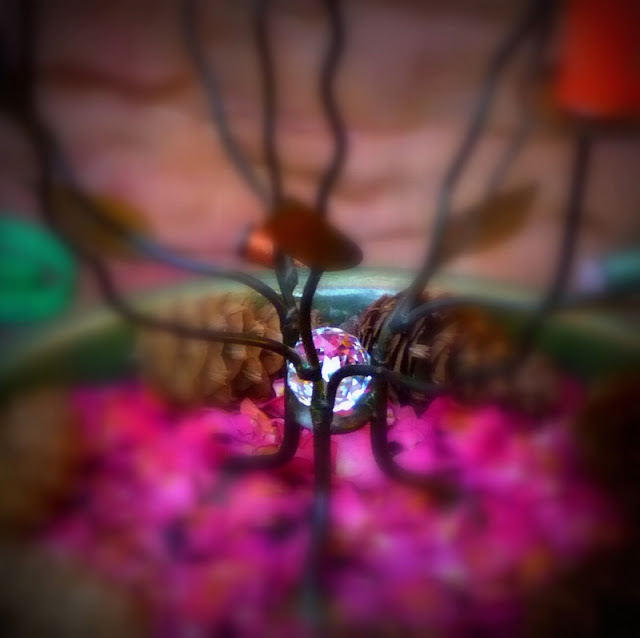 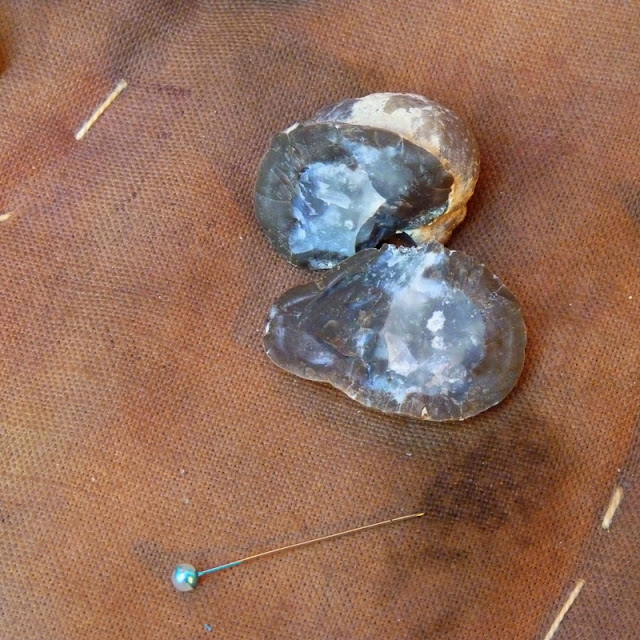 I've had this geode for quite a long time and today I decided it was time to find out what was inside. When I bought it  I was told it was an amethyst and was a little surprised to find this blue colour.
Could it be Celestite, the crystal which is said to aid inspiration and creativity ?
The next step is to ask my crystals supplier,to identify it!

Thank you for visiting.

Posted by Forest Dream Weaver at 19:44

My Other Blog - Forest Dream Weaver

Assembled Objects, Altars and other things.......Some groups of assembled objects I photograph as I find them,others I arrange.
I'm fascinated by the way matter is shaped and organised as it's pushed around by energy currents - always in beautiful and perfect order . An altar,for me, is a point of focus for reflection, meditation and healing .